I’ve been formulating my own personal hypothesis. A renegade team of fundamentalist anti-science spies broke in and used the LHC to rip a hole in time and space. that seems to be the only explanation I can come up with for the current state of the world

CERN has become one of the pre-eminent [Definition: Surpassing all others; very distinguished in some way.] scientific research organisations in the world.

As of March 2018 the organisation boasts 22 member states and is located on the border of France and Switzerland in the small municipality of Meyrin. Although located in the Canton of Geneva which is technically in Switzerland the organisation is referred to by its French name. This is because the Canton of Geneva is located within an area of the Swiss Confederation known as the Romandy. This is a French speaking area of Switzerland.

Founded in 1954 CERN was originally tasked with the exploration of what was inside the atom. This reference to nuclear remains part of the name as they have expanded beyond this singular focus. The Scientific work being conducted at CERN now focuses on the fundamental structure of the universe.

Important or Not Important

There are some ill-informed people that say that this kind of work has little impact on their own lives. They don’t need to understand the structure the universe to live in it. Some will scoff at this idea however there is some element of truth in this.

You do not need to know the structure of an atom in order to go to a job in a coal mine, or work at a retail outlet. However there are a large number of ways that this kind of research benefits us in our daily lives.

The most valuable practical contribution that research at CERN has provided to our society underpins everything we do today. The World Wide Web was invented there. Now networks had existed between specific computers since the 1960’s with the first being the ARPANET a network developed by the Defense Advanced Research Projects Agency known as DARPA. However, Tim Berners Lee, a researcher at CERN, developed the first standard protocol enabling various networks to communicate in 1989.

One of the most well known pieces of equipment at this state of the art facility is the LHC. The Large Hadron Collider. This is the largest and most powerful particle accelerator in the world. It was first activated on the 10th September 2008 admit sensationalised and uneducated claims that it would end the world. Conspiracies abounded about how the LHC would create a blackhole that would destroy the earth.

At least America would have avoided the orange Chimp in Chief right. Anyway the end of the world didn’t happen but I’ve been formulating my own personal hypothesis. A renegade team of fundamentalist anti-science spies broke in and used the LHC to rip a hole in time and space and created an alternate timeline that resulted in the current shit-fight. We’re actually supposed to be living in a timeline where I’m a multi-millionaire and Bernie Sanders became the 45th President of the United States.

The LHC is one of many particle accelerators that has been built at the CERN facility. In 2012 it was used to discover evidence of the Higgs-Boson, which is described by the CERN website as ‘one of two types of fundamental particles, and it’s a particular game-changer in the field of particle physics, proving how particles gain mass.’ So what is the significance of this and how is it a game changer? The discovery of the Higgs Boson means that the Higgs Field may be proven to exist. The Higgs field is named after theoretical physicist Peter Higgs who hypothesised that a field exists throughout the entire universe that gives mass to elementary particles. [Elementary Particles are particles with no structure and are the basic building blocks of the universe]. Peter Higgs and fellow physicist François Englert independently published papers in 1964 discussing why particles have no mass.

After decades of research and using the LHC researchers including Peter Higgs himself discovered evidence of a Higgs Boson. This was last piece of the puzzle to be observed that would support the Standard Model of the universe. The search for Anti-Matter is not about discovering if it exists we already know that it does. Scientists regularly create anti-matter in minute amounts to use in conducting experiments. However the trigger that caused the discovery of anti-matter was a Nobel Prize winning formula from a physicist named Paul Dirac. The equation which described how an electron would behave moving at relativistic speed posed a particular problem. In short it indicated that for every particle of matter in the universe there should be a particle of anti-matter. Yet in our universe there is far more matter than anti-matter. This in turn opened up the possibilities of multiple universes that are made up entirely of anti-matter.

Now that in and of itself does not have any immediate benefits in a practical sense that I’m aware of. However the discovery itself is fascinating and we don’t know how it will applied in the future. One practical take away we know is when matter makes contact with anti-matter they annihilate in a burst of energy. In Star Trek the warp drive famously runs on a 1:1 matter to anti-matter ratio. This means for every particle of matter a corresponding particle of matter is used to allow interstellar travel. This is beyond our real right now yet who knows what the future holds.

Dark Matter on the other hand is hypothesised to make up approximately 27% of the known universe. It does not interact with electro-magnetic forces and is extremely difficult to detect. Observations of our universe indicate the speed which galaxies rotate at indicate they should have torn themselves apart. Their observable gravity which is generated by their observable matter is simply not enough to hold them together. This is also true of galaxies that have been observed in clusters. What this tells scientists is that there is something else that is acting to hold these galaxies together. This unknown something has yet to be discovered yet would provide additional matter generating additional gravity hold these galaxies together. This unknown substance or substances have been named Dark Matter.

Dark energy on the other hand is estimated to make up 68% of the known universe. Although it is not yet possible to detect its affects are easy to observe. Edwin Hubble was the first to discover that the universe was expanding in 1925. In 1929 he announced to the world that the further a galaxy was from a particular point in space the faster it appeared to recede. This indicates that the expansion of the universe is speeding up. This referred to as Hubbles Law.

These are just three of the areas of study that are being conducted at the CERN facilities using their accelerators. All Roads Lead to…

The point of this is simple, we never know where scientific research and the attainment of knowledge will lead us. Research into anti-matter, dark matter and dark energy as well as further research into what gives particles mass will ultimately produce results we could not have dreamed of at the turn of the twentieth century.

Life changing and life saving technologies come from the most disparate places. Investigation into atoms and atomic energy lead into the study of quantum theory and the study of quanta. Albert Einstein built on what we knew about quantum physics and wrote a paper called The Quantum Theory of Radiation. This discussed what is known as the Stimulated Emission of Radiation. This produced advancements in quantum physics.

Although in 1917 when his paper was published few paid any attention to it, Einsteins theories relating to the stimulated emission of radiation lead to the development of a technology originally known as Light Amplification by the Stimulated Emission of Radiation. This technology that was developed and first made to work in around 1960 became known as a Laser. Lasers are now used in optical drives, scanning barcodes, transmitting information and countless other areas.

Quantum physics is the basis for all current information technology which includes the storage, transfer and retrieve of data.

We don’t yet know where this knowledge will take us only that the work being conducted at CERN and places like it have already fundamentally changed the world we live in.

My primary sources for this piece include:

About the Author: SR Smedley

SR Smedley holds a Bachelors Degree in Business Management with a particular focus on communications. He has also completed studies in financial planning as well as previously studying human health and nutrition. He is the Director of Operations of Franklin Media Australia, a self taught programmer and web developer and former SCUBA Diving Instructor. He also previously worked as a journalist for an award winning business journalist and former News Corp editor.

The Pursuit of Wisdom

Buy our eBooks on Kindle 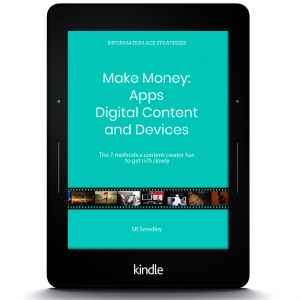 Check out our online store